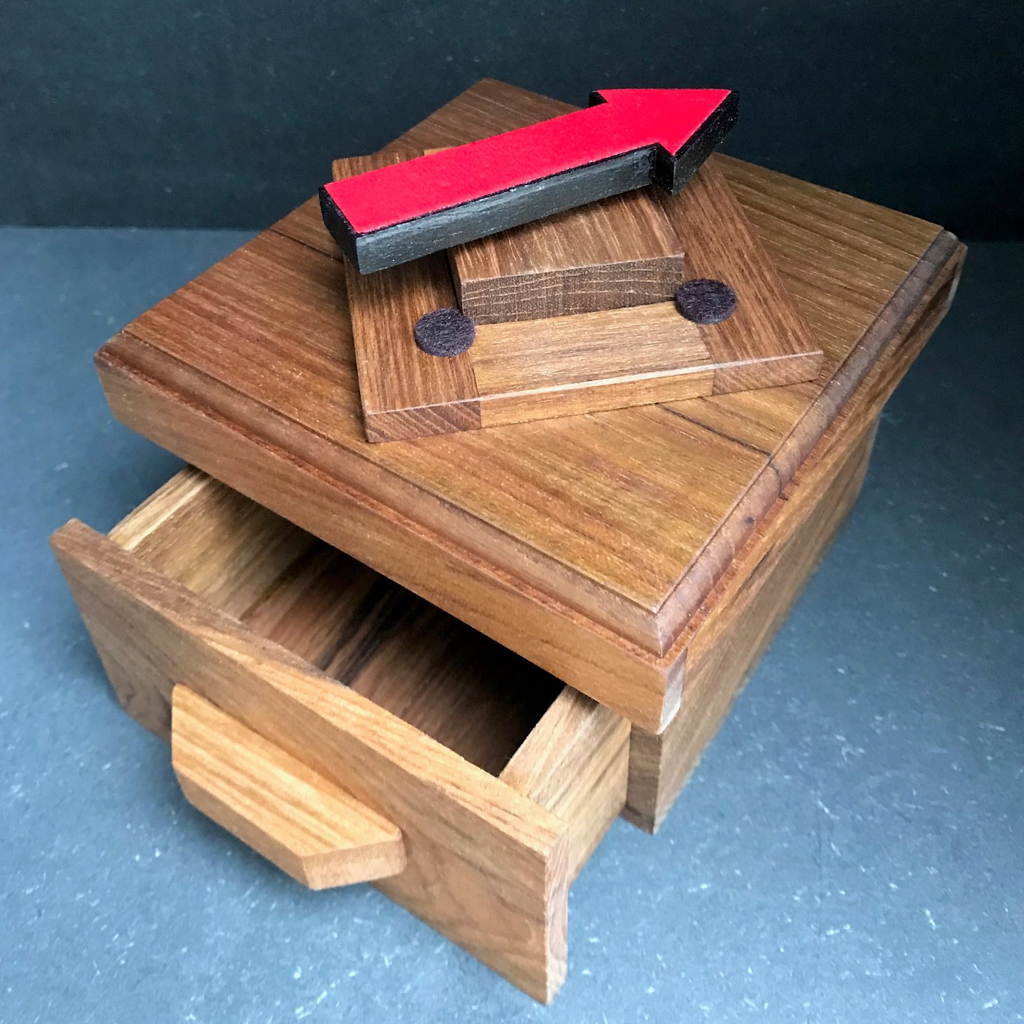 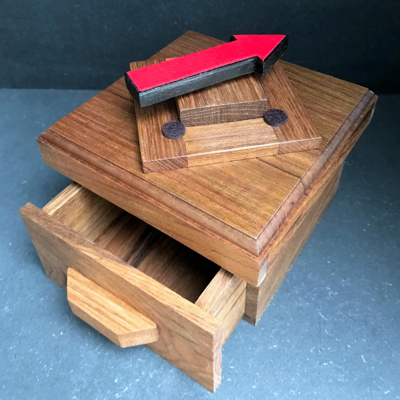 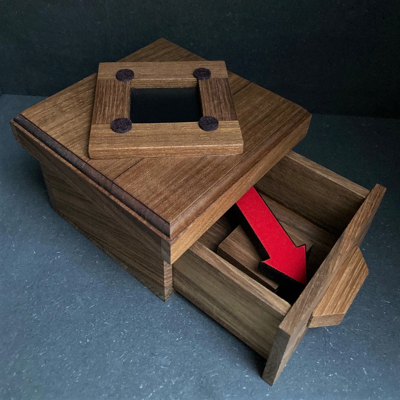 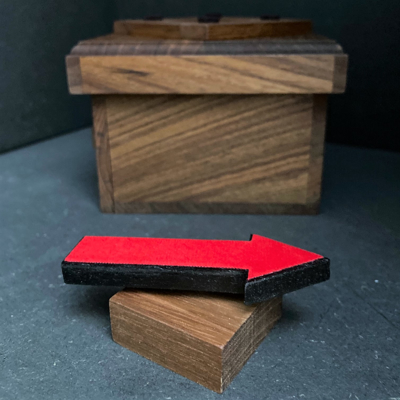 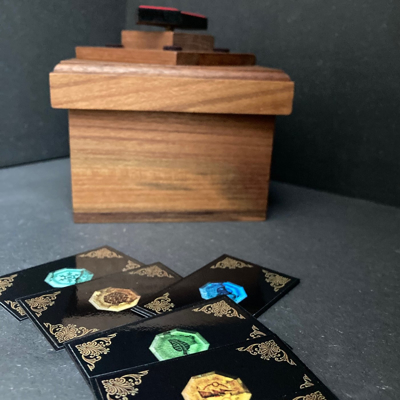 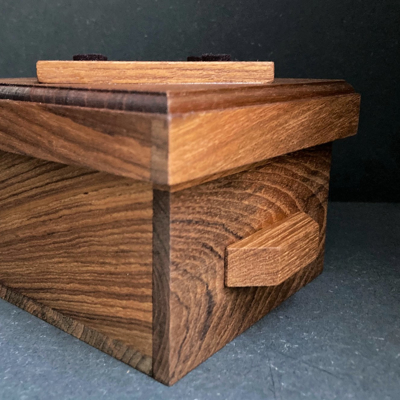 Trustpilot
The arrow always knows...! This is unquestionably one of the most memorable close-up effects (with a great kicker) they have ever produced at Magic Wagon. Get one for your collection while you can. Click for video.

The performer shows an elegant wooden drawer box along with a pack of 8 slightly aged element cards. Two cards are chosen by the spectator with absolutely no force of any kind. The spectator is asked to shuffle the chosen cards along with the six other ones. These eight cards are then randomly placed face down around the box.

Now, a small stand and a wooden arrow are removed from the drawer and placed on top of the box. The arrow is given a spin and after a few seconds, it stops pointing to one card. It is - of course -the first of the two cards selected by the spectator!

The performer then turns all the remaining cards face up and offers to repeat the effect. As the performer spins the arrow, the spectator is asked to name their second card and when the arrow comes to a stop, it is NOT pointing at the correct card! Suddenly, the arrow begins to mysteriously move in the opposite direction! And when it finally stops, it is found to be pointing directly at the spectator’s other selected card!

• The effect can be repeated with the arrow pointing to different locations!
• The effect is entirely self-contained and requires nothing other than the items seen and used! Pure mechanical - no electronic.
• The performer is absolutely nowhere near the performing area during the eerie movement of the arrow!

Magic Wagon’s “Arrow of Truth” is inspired by Tony Lackner’s “Hand of Cleopatra” and John Good’s “Clock of San Marcos”.

This is one of the most elegant and memorable close-up effects, they have ever produced at Magic Wagon. And it got a great kicker. It comes with clear English instructions and outline several extra routines which can be performed with “Arrow of Truth.” 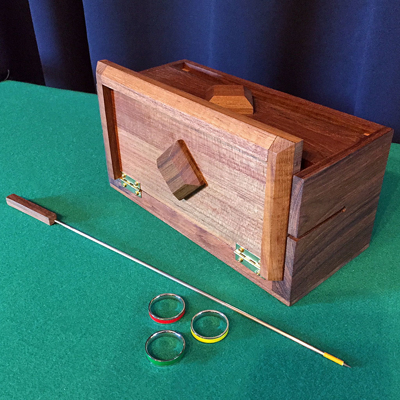 There are only produced a very limited number of this special close-up illusion from Magic Wagon, where a chosen finger ring mysteriously appears on a solid rod. A truly surprising and mystifying effect!
DKK 3.150,00 / STK
incl. VAT 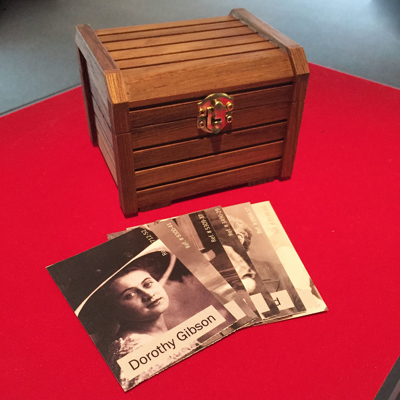 When the spectator opens this little chest, he finds a bottle with a secret message that completely matches the photo he freely chosen. Another wonder carefully produced in a very limited production by Magic Wagon.
DKK 2.400,00 / STK
incl. VAT 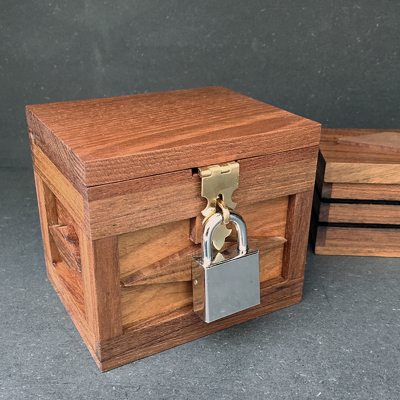 Predict the headlines for next weeks news! This is a masterpiece in prediction chests. The secret is an amazing and clever injection system. Each set is assembled from more than 50 wooden pieces and takes 40 hours to finish!
DKK 2.650,00 / STK
incl. VAT

In stock
THE WEDDING - Derek Holmes 4631 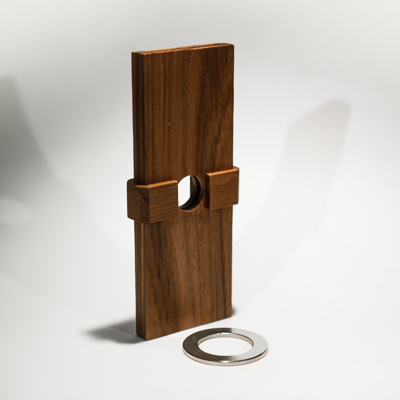 The performer introduces a small leather case and from it removes what he claims to be the world's first approved D.I.Y. wedding, marriage ceremony kit. This proves to be a slender teak wood frame tunnel or...
DKK 2.200,00 / STK
incl. VAT