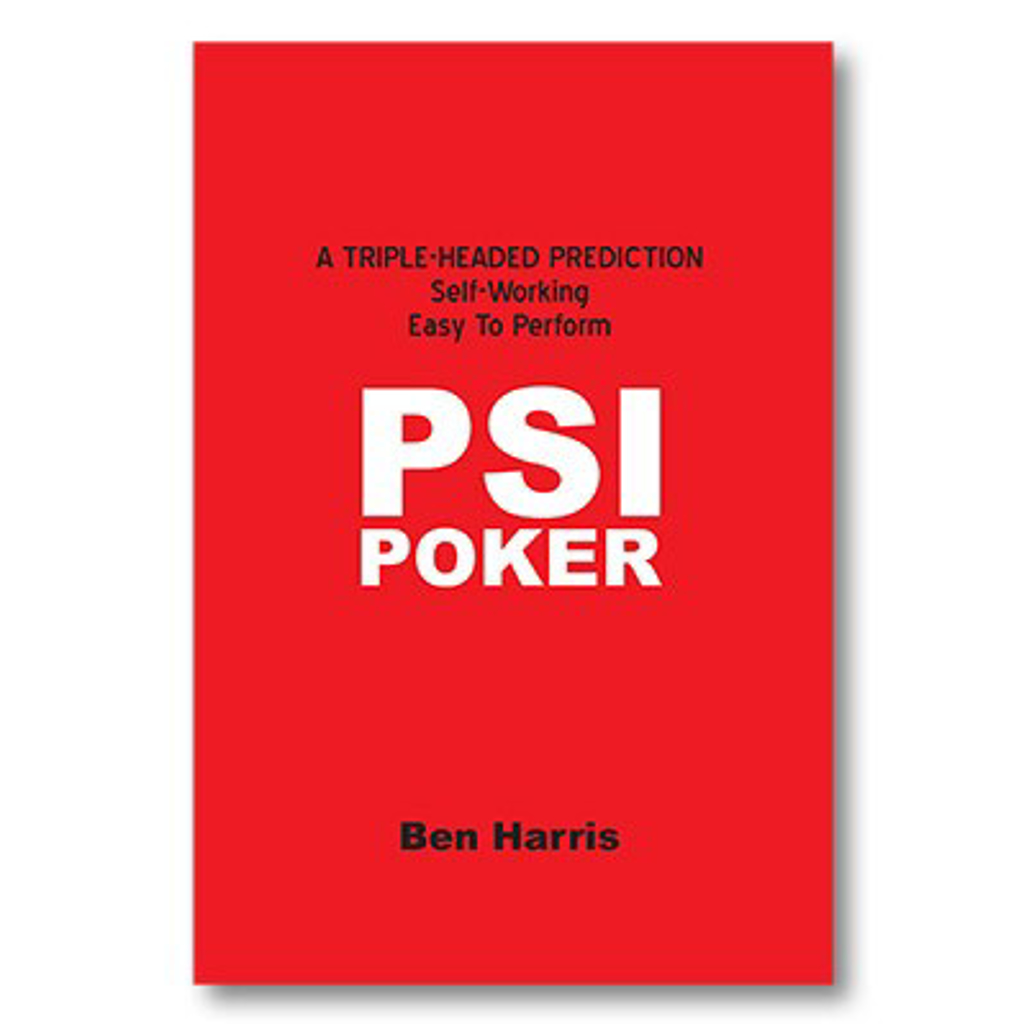 You've might have seen the raves on the internet, and read the reviews. We bought a good load of this beautifully printed booklet, to add the effect to your repertoire.

PSI-POKER is TOTALLY SELF-WORKING, requiring no skill or gaffs. The secret is ancient, but it's NEVER been used in this manner before. Magic's leading historians and card experts have confirmed this claim.

The effect is a MULTIPLE PREDICTION of how a game of "Texas Hold 'em" will play out from a shuffled deck. You hand a prediction to a spectator for safe-keeping BEFORE you introduce a deck of cards. The prediction is NEVER again touched by the performer. The deck is shuffled, and another spectator is asked to DECIDE WHERE the cards should be dealt from. He cuts the deck to do this, OR HE CAN SIMPLY POINT TO ANY SPOT IN THE DECK. His choice is FREE. It is emphasized that HIS DECISION will ultimately decide the fate of the game.

Now, two hands are dealt: one for the spectator, and one for the performer. The game plays out in an exciting manner. Ultimately, it is a very close game. The spectator ALMOST forms a winning straight but JUST MISSES by ONE PESKY CARD.

The prediction is now read and it SUCCESSFULLY predicts:
1. Who will win the game and how.
2. That the spectator will ALMOST form a straight
3. The EXACT CARD that the spectator was looking for to complete his straight.

It's a triple prediction which describes HOW THE GAME played out AND THE EXACT CARD that the spectator was looking for! It's quite an impossible moment. Remember, the spectator could have decided to deal the cards from ANY POINT in the deck!

"Extremely clever thinking, and a timely effect, given the interest in Texas Hold-Em." - Tom Baxter

"What a great routine. I think you have discovered new hidden properties of the @#%*!, and you have created something special." - Peter Duffie

"What I LOVE about this is, it's as fair as the description. You have no manipulation over the deck at all AND it's a normal, standard deck of cards. The book is incredibly in depth and the routine is absolute gold. This could fit in from close up/ walk around to parlor or stage. It's a strong routine which really looks about as fair as you could make it." - Jamie Daws 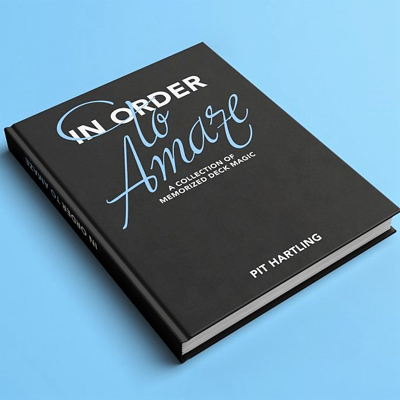 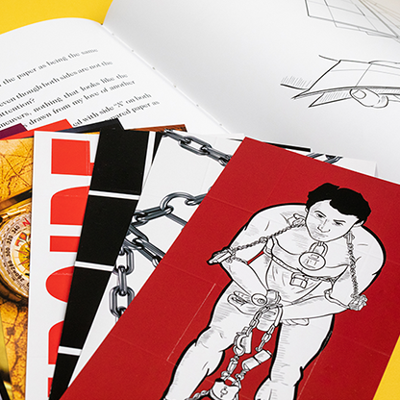 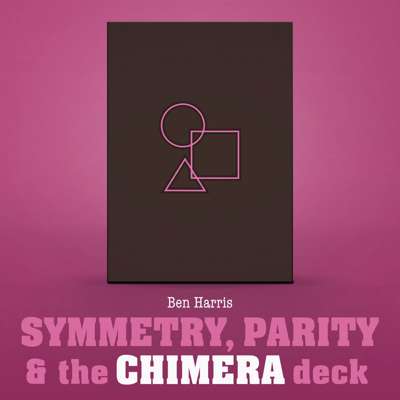 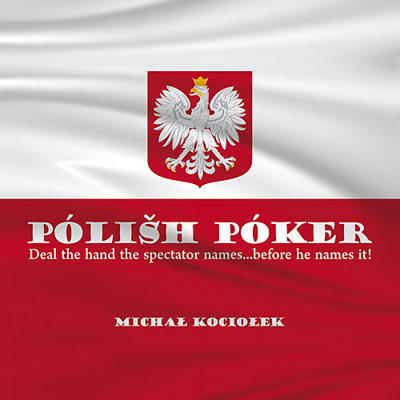