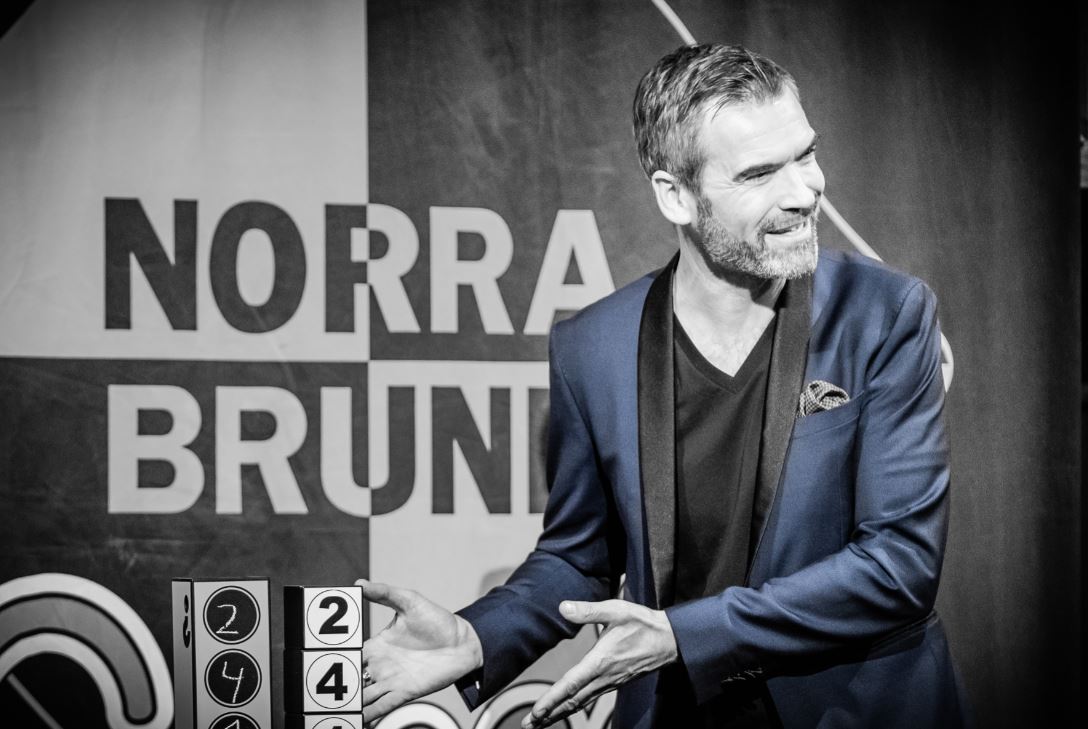 Steen Pegani was born in Denmark in 1969. Together with a friend he started doing magic at the age of ten, and quite soon he also became interested in the business of selling magic. When he turned eighteen, he opened up a small magic shop in his hometown Horsens. The company has slightly grown over the years and today it is known for being one of the finest and busiest magic shops in the world. Steen is running the company together with his wife, Bettina, and the same good old friend, Jacob, with whom he performed his first shows in the early eighties. Steen Pegani still enjoys performing and lecturing, and does around eighty shows a year. 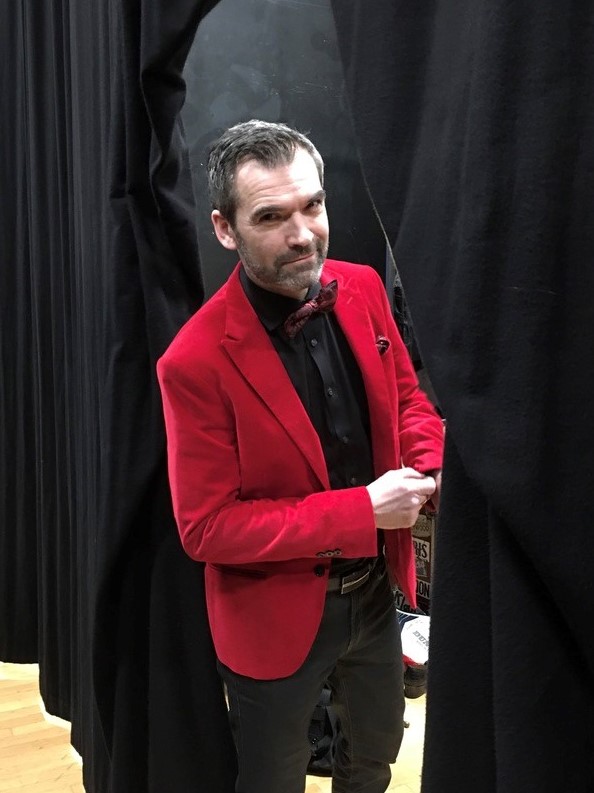 The Magic Box...
As a six year old some friends gave me a magic book (Anders Ands Tryllebog by Ken Hardy). I remember my parents thinking that it was a crazy gift, as I didn't have the ability to read just yet and was too young to understand the tricks. At ten I discovered my big brother's magic set and the magic book was brought down from the bookshelf once again. And oh my, did I study that book into the smallest details. I believe I actually tried out all the tricks within the pages. Later I met my friend (now colleague in my magic shop) Jacob, who also had an interest in magic. We practiced magic together and invited friends to our garage-shows along with sales of popcorn and lemonade.

My heroes
I have many heroes and inspirational sources from the magic world, and I can add new names to that list all the time. This world of magic consists of so many amazing and creative personalities, whom I love to watch perform. Some of my all-time heroes are: Wayne Dobson, Topas, Helge Thun, Carl-Einar Häckner, David Copperfield, Rune Klan, Luis de Matos, Joshua Jay, and I actually admire them for their different talents.

A lucky man
I consider my greatest success to be the fact that I have been able to make a living from my paramount interest - and still hold the passion for it. And beside that succeed in living a “real” life with my wife, three children and a lovely circle of friends.

The broken ship
Some episodes seem like disasters when they happen, but in retrospect they can appear quite funny. Not many things beat a good story of when you really got into trouble, and God knows that it has happened to me more than once: when I performed a three-minute build-up around the Fantastic Teleportation Machine, and I look down into my bag only to discover it wasn´t there! I ended up using a pair of scissor instead!

Or when I performed Axtell´s Applause Meter and I wonder why the audience didn´t react as it exploded. A few seconds later I realized that some kids were sitting in the back of the room playing with the content that should have given the right response.

Or when I was on my way to a performance at a big music festival, said goodbye to my family and was walking towards my car only to realize that my wife had left with the key to my car which held all my equipment - and she had no more power left on her cell; those fifteen minutes of panic trying to find her again still gives me nightmares.

O the time I was performing a rather big show for a company and during the final bow I somehow managed to crash into a shelf with the unfortunate result that a model ship smashed to the floor and the audience suddenly became very silent. I was later told that this was a company treasure, which the founder had spent hundreds of hours building. Auch!

The best thing
One of the great privileges of being an entertainer is the fact that you get a lot of compliments and positive responses. Recently a librarian thought that I was the best and most sympathetic magician she had ever seen. That´s wonderful to hear even though it might tell more about the level of live entertainment in Mariager, the small town in which I performed.

Go for it!
Do what you feel like doing - then you don´t do anything wrong! A great motto if you throw yourself into new projects. That has been my rule of life since I founded my magic shop Pegani. You write the manuscript of your own life and I believe it´s all about doing what you love the most. At least that´s the message I try to pass on to my children.

I was lucky to start up my business early on in my life where I could make a living almost by passion alone. I believe that would be a lot harder today with a wife and three children to take care of. I have no ambitions of becoming rich. It is really not my driving force. Of course I want a decent income, be able to pay my bills on time and contribute to the society. I also want to do better this year than the year before. But what really brings me a feeling of happiness is the fact that I work with something that I´m truly passionate about - and that I have a sense of being good at. 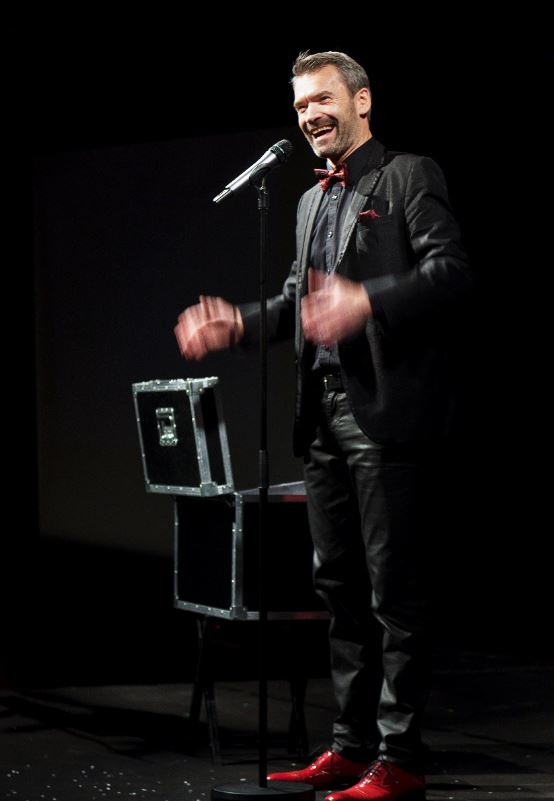 Why magic?
The difference between magic and other forms of entertainment like singing, acrobatics and tap dancing, is the "how the .... did he do that?!!!"-detail. Plus the fact that magic is fun, amazing to watch and often touching. It´s the element of secretiveness, I believe that brings the extra dimension, which I love. When I was young I thought about taking a degree in graphic design. I had a huge interest in that field and in marketing - and I still do.

What Arland said...
As long as it doesn´t become boring! - Paul Arland. For eighteen years I published the magic magazine Pegasus for the Scandinavian magic world. Paul Arland was a regular columnist with a monthly column. He performed as a professional artist for many years, then was employed by Danish TV (DR) besides being president of the Danish Magic Circle. His writing was witty, sarcastic and provocative.

His column was the most popular by far and he kept on writing until his death at eighty-six. He always finished his column with something like this: "...as long as it doesn´t become boring!" As the years go by this outlook on life has become more and more important to me. It affects how I develop my business and live my life. It must never end up being kind of boring...! 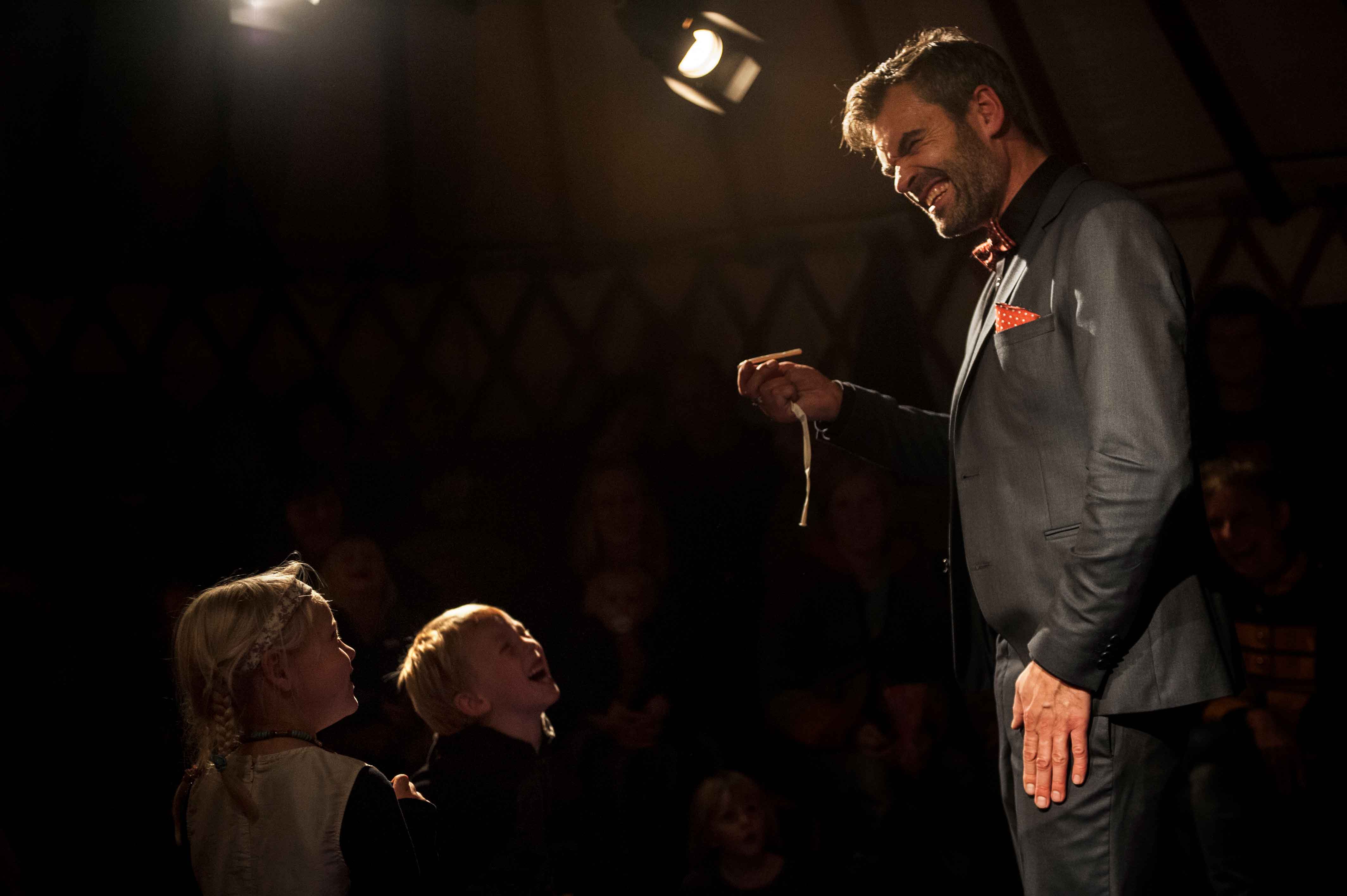