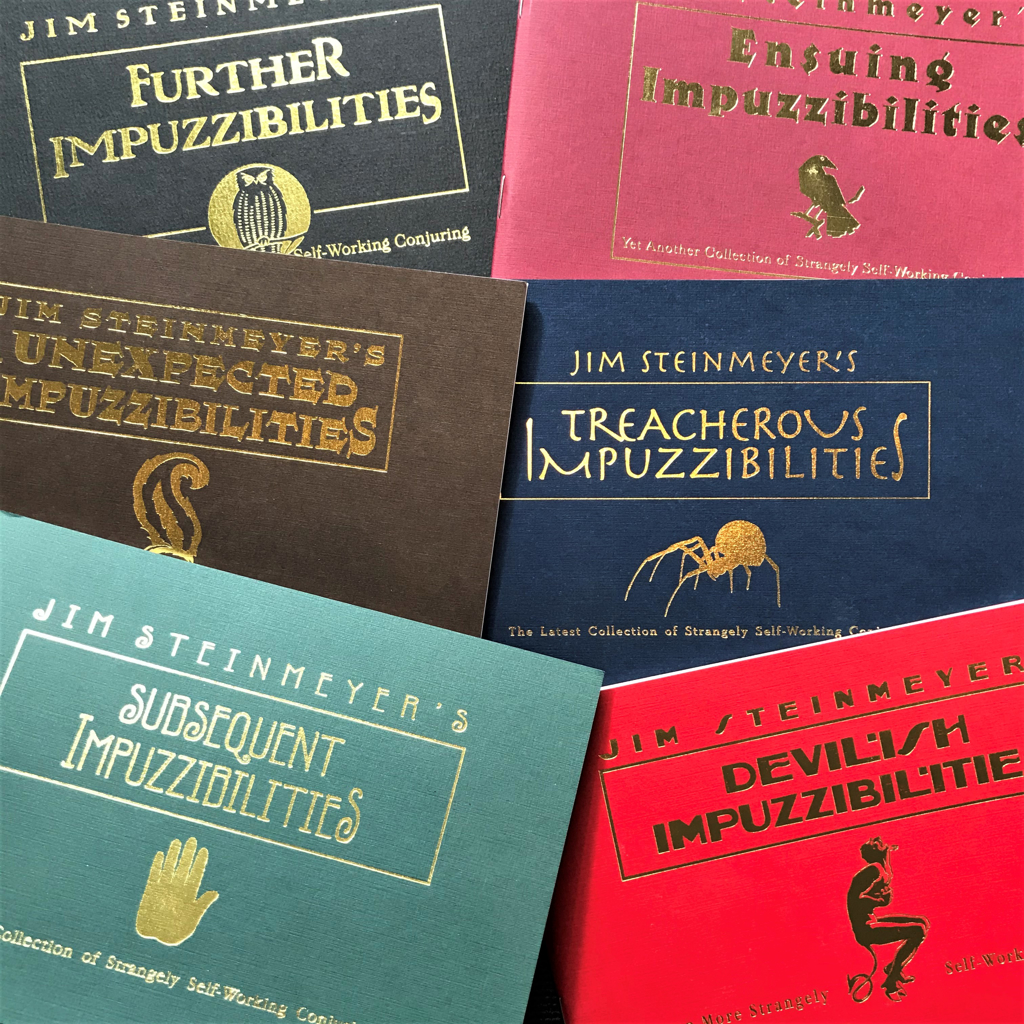 Vol. 1 – Impuzzibilities
Jim Steinmeyer’s book is a collection of 13 surprising effects, many suitable as “interactive” effects, through the medium of a page, radio, videotape or phone. It starts with his famous mathematical “Nine Card Problem” with his variations, and even includes a “3-Card Monte” and a card transposition which takes place completely in the spectator’s hands. The sub-title says it all: “Strangely Self-Working Conjuring.” This little book will delight you (and maybe even fool you), and arm you with versatile material for audiences. 29 pages, 5 1/2 by 8 1/2, soft cover with foil cover.

Vol. 2 - Further Impuzzibilities
Jim Steinmeyer’s sequel to Impuzzibilities contains ten new “interactive” effects, including the amazing “King’s Coronation,” an interactive effect suitable for television, video or radio. One effect uses no apparatus, just the spectators’ hands! “The Five Fiends Blackjack” deal is a completely self-working Blackjack effect; the “Thirteen Card Dilemma” is a surprising routine in which cards simply can’t be counted—they multiply and then disappear. The booklet is a neat companion to the original Impuzzibilities, and the routines are secret weapons for magicians, designed for those occasions when nothing else will quite do the trick! 29 pages, 5 1/2 by 8 1/2, soft cover with foil cover.

Vol. 3 - Subsequent Impuzzibilities
The third book in the series is also the largest, with thirteen new effects. All are strangely self-working and interactive. "The Magician Who Fools Himself" is a hands-off Card Across routine that Jim has featured in lectures. "The Password Fallacy" is an amazing, long-distance location of a card in the spectator's packet, a worthy successor to the famous "Nine Card Problem." "Enigmatic Tarot" is a fortune telling effect suitable for telephone or video performances. Over 40 pages, with foil stamped cover and matching format to the previous two books. As always the tricks are not only amazing but surprising. First, you'll fool yourself, and then your spectators.

Vol. 4 - Ensuing Impuzzibilities
The fourth book in the series, features more astonishing self-working effects. The contents include 8 Cards Espial, in which you name the card selected randomly from a packet of eight, Automatic Ace Triumph, a Triumph routine conducted through the telephone or video, Moraskill, a prediction added to Miraskill, and Flummoxed, an amazing three-part card routine. Other routines include Jim's Tuzo Sensu Mystery, Dining Out, a self-working menu prediction, and Cue Card Mystery, a prediction using a handful of cue cards. Also a series of innovative equivoque variation, for playing card selections. The format matches the previous books. 48 pages, total.

Vol. 5 - Treacherous Impuzzibilities
The fifth book in the series offers twelve new effects of self-working (or nearly self-working) magic. In this volume, Wishing and Making it So (a card trick for the telephone), Chicagoism, Thirty-Fiveism and Hacer lo Imposible (these three effects derived from the incredible creations of Eddie Joseph), three astonishing card divinations that aren't possible. The Cowboy Secret is a "hands-off" effect in which the spectator predicts his own selection. You won't believe that it's possible. The Zodiac Wheel is a pretty Zodiac display that predicts the spectator's selection; Elementary! is a Sherlock Holmes mystery, enacted on the stage and predicted in a newspaper headline. The format matches the previous books, with quality printing, binding and paper.

Vol. 6 - Devilish Impuzzibilities
The sixth book in the series, featuring The Irresistible Force, a three-card trick, and Irresistible Shopping, a mental routine in which three items from a grocery store are correctly predicted. Deepest Sympathy is an "Impuzzible" version of the Sympathetic Card Trick. The Lost and the Found is a, hands-off card location based on the mysterious Tobba Mystery; A Study in Scarlet and Black is a Sherlock Holmes mystery, performed with a deck of cards over the telephone. Other routines, like Travel Expands the Mind, and Mystery in Abstract, are unique stand-up prediction effects using just pieces of cardboard with words or drawings. With eleven effects, all together, foil stamped cover, quality printing, 36 pages of text.

Vol. 7 - Unexpected Impuzzibilities
The seventh book, features Stairway to Heaven, the amazing book test which allows you to use any Bible as a forcing book. Also, Robert Ramirez’s Casting the Spell, an amazing Spelling routine, Four Card Monte (a classically Impuzzle interactive effect) and stand-up tricks the Awful words Trick, Fresh fish Now, and My Word! These are effect using purely cards with words, and carefully disguised mathematical principles. Pure Evil is an amazing hands-off effect in which the spectator freely chooses a number, and finds the card at that number; believe it or not, the spectator is forced a particular evil card in the deck. Eleven effects, and 32 pages of text.

Vol. 8 - Curious Impuzzibilities
Number eight, published in June 2020, features The Blunt Force, in which the spectator seems to predict your phone number, and the Excessive Force, a variation on the famous Nine Card Problem, in which the spectator perfectly arranges a packet of cards. In addition, The “I Forgot of Something,” is an incredible interactive trick, perfect for one person or a thousand people. The Instructions What Make it Work and The Poem What Reads Your Mind are two ingenious mental routines, arranged to read the thoughts of spectators with almost nothing at all (or, in the case of the poem, with absolutely nothing!) Eleven effects, 34 pages.

Vol. 9 - Virtual Impuzzibilities
Published in October 2020, features tricks that are suitable for live performances or virtual performances. Here you’ll find Red-Scarlet and French Dressing, two amazing, interactive variations on Oil and Water. Zeitgeist allows a number of people to simultaneously cast a spell for one person—perfectly tuned to a computer platform video show. Virtual Applause addresses the problem of applause on a virtual show, and turns it into a mind reading feat. The Enigma Process is an amazing word test that will, in the Impuzzibilities tradition, surprise you, amaze you, and then surprise your audience. All together, there are fourteen different effects, more than any other book in the series, plus a special introduction. 40 pages. Don’t miss these intriguing, inspiring effects.

Vol. 10 - Bewildering Impuzzibilities
The 10th book, published in October 2021, features 11 effects. Ovations is a live or virtual effect, in which everyone in the audience has a choice of eight words, printed on cards. The choices are really random; the results are amazingly predicted for everyone in the audience. The Rosetta Deck and Not a Princess are efficient card routines, especially good for stand-up shows, with neat methods translated into these instructions. Fastest, Neatest and Will I Be Lucky? Will give you the Impuzzibilities thrill; the self-working elements will fool you as you are learning the effect, and then fool you audiences. Eleven tricks, 36 pages. 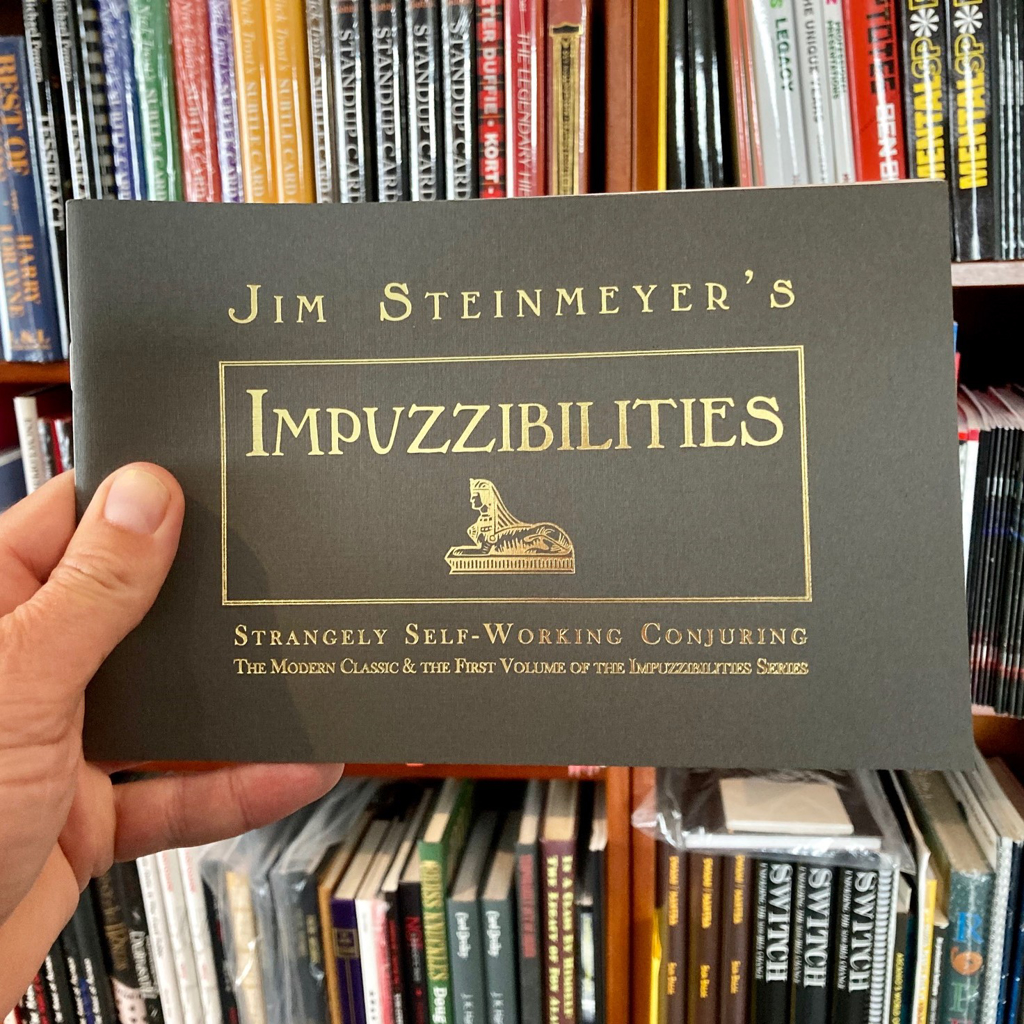 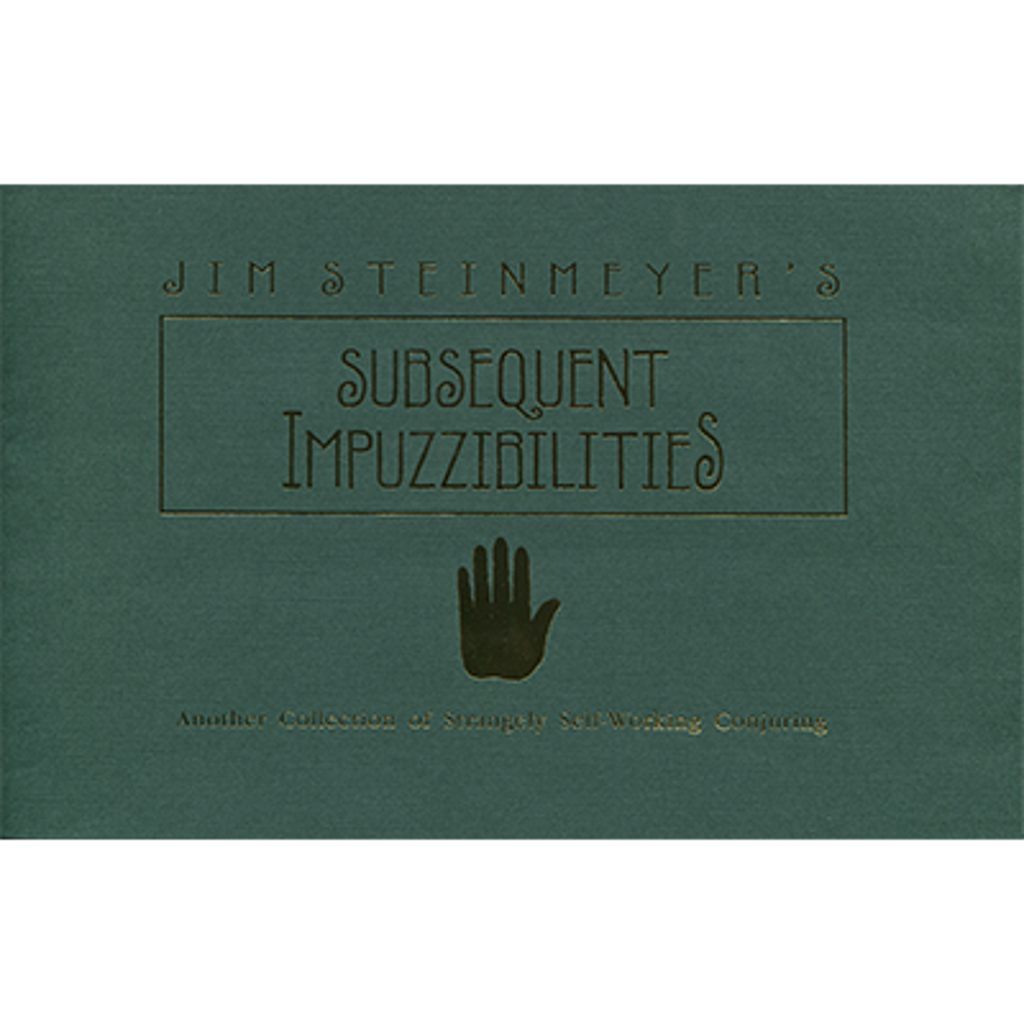 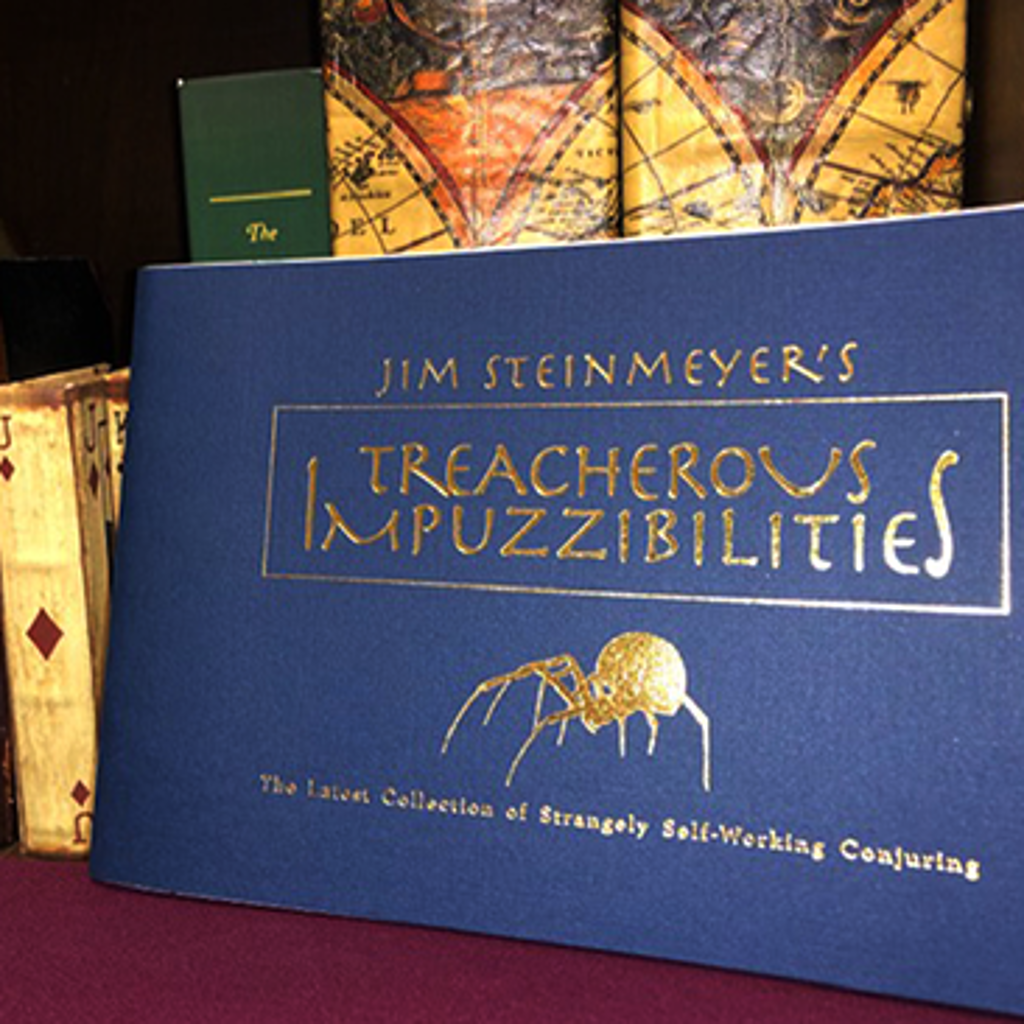 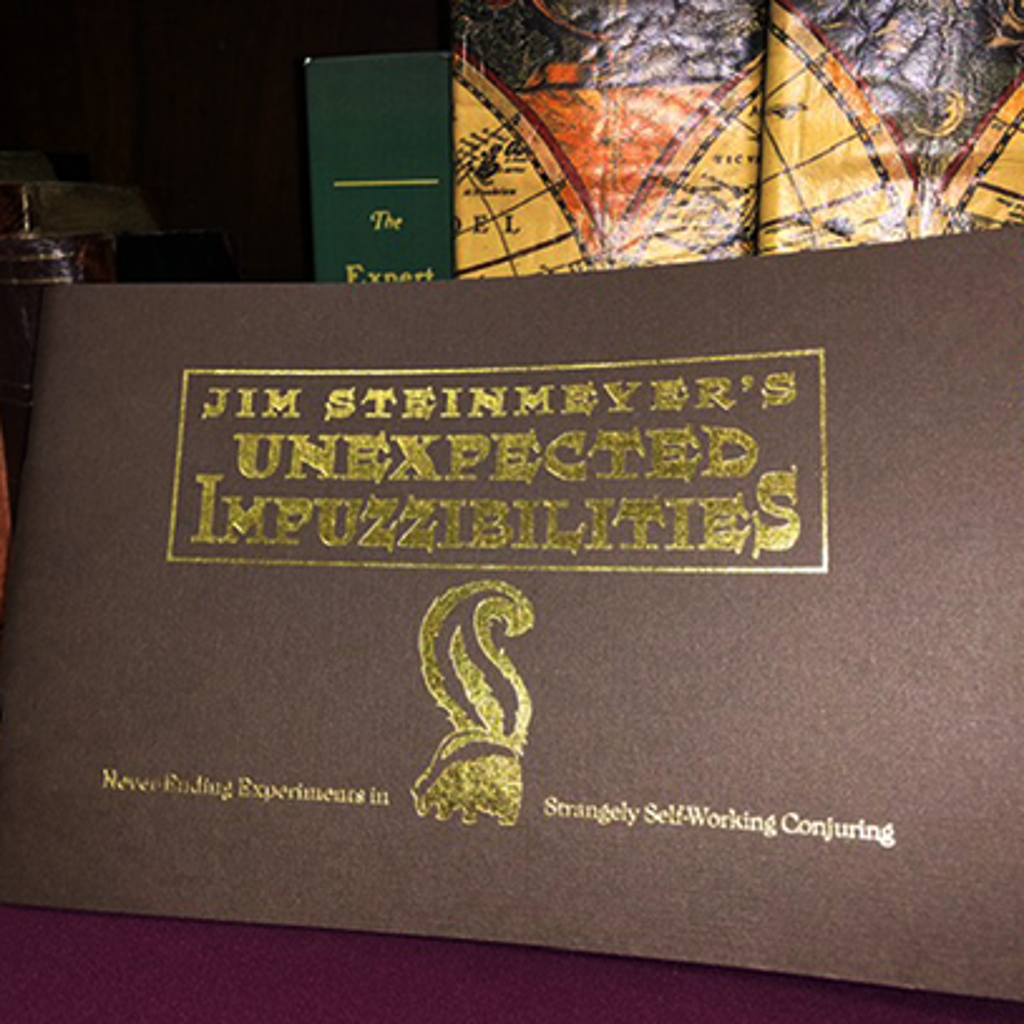 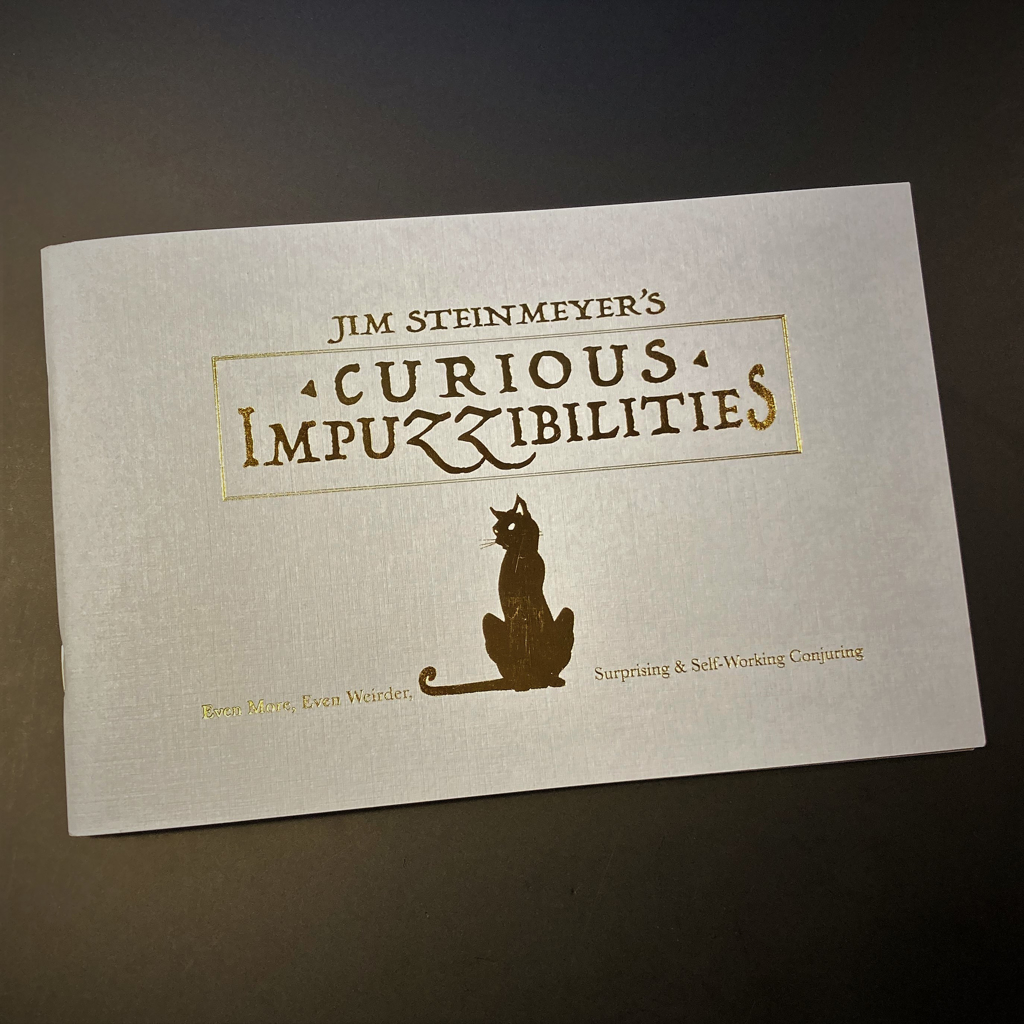 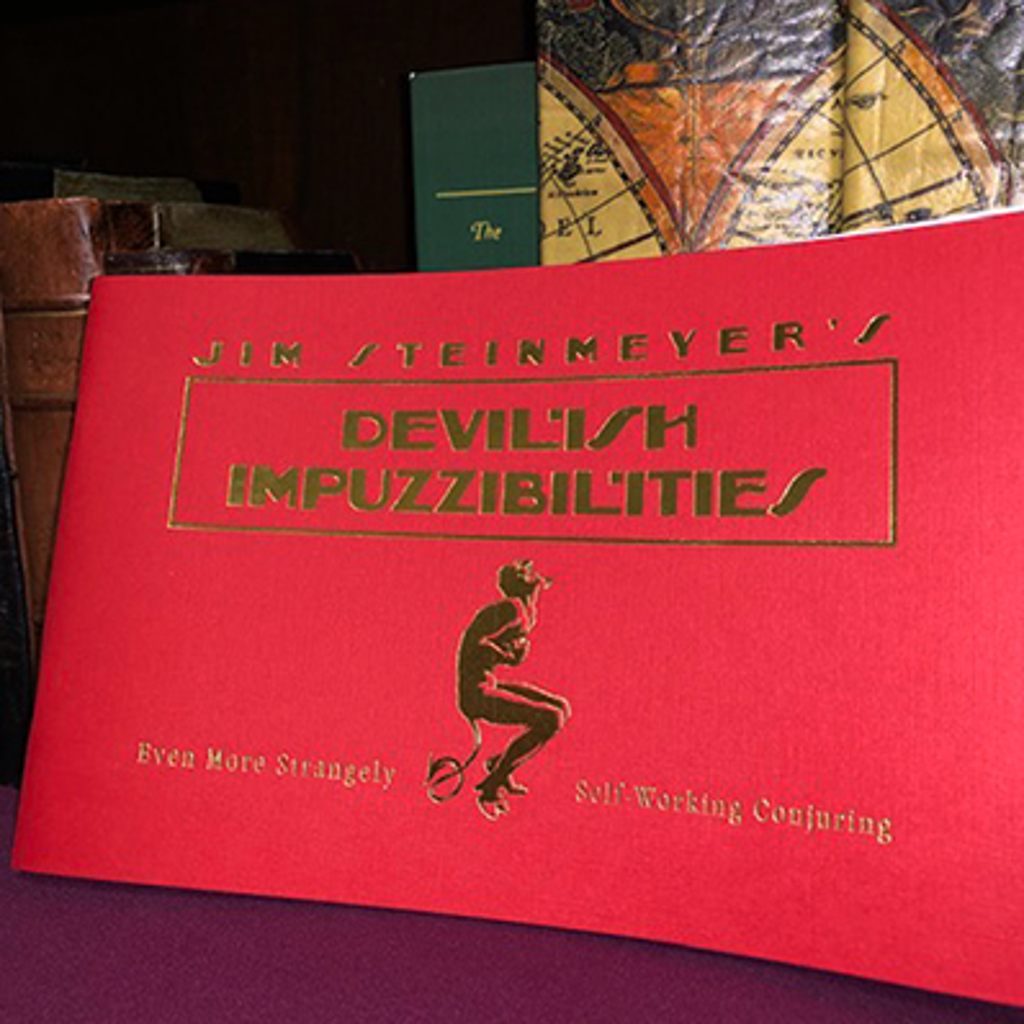 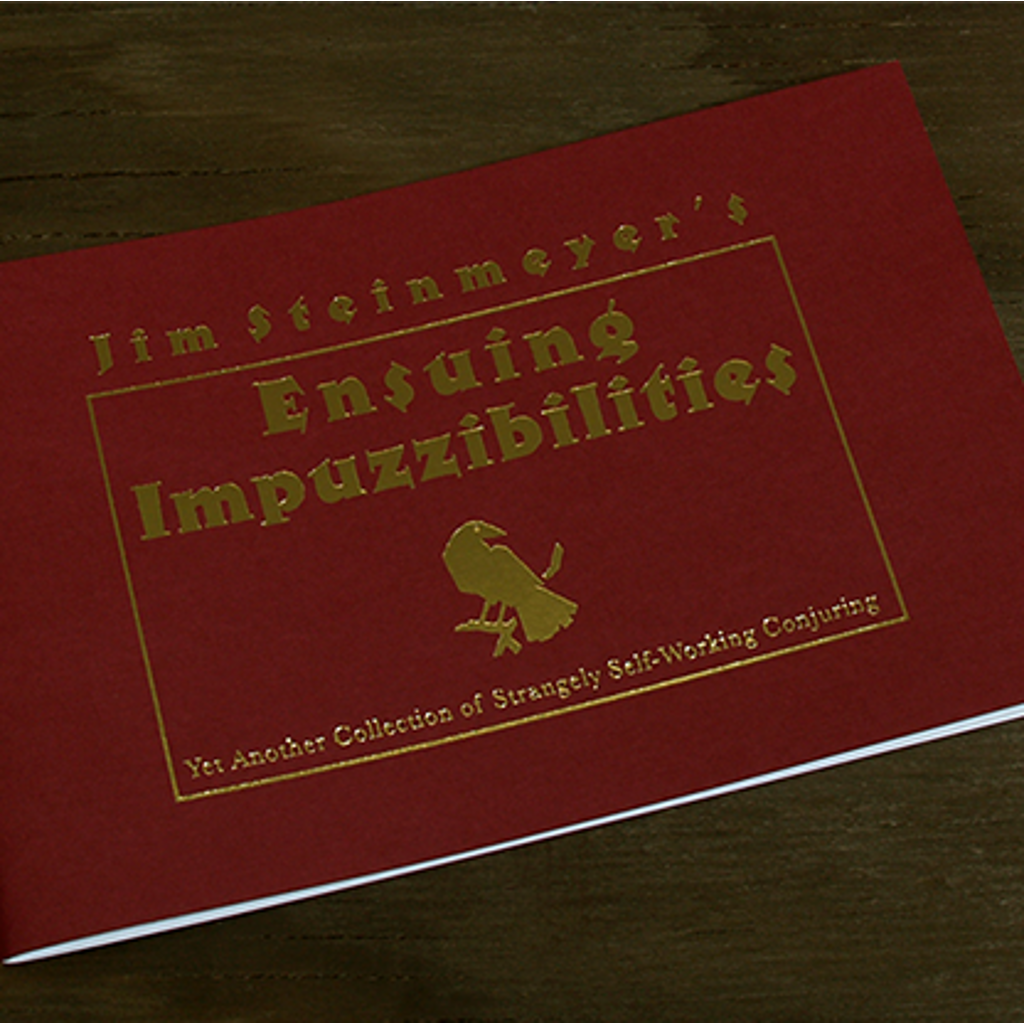 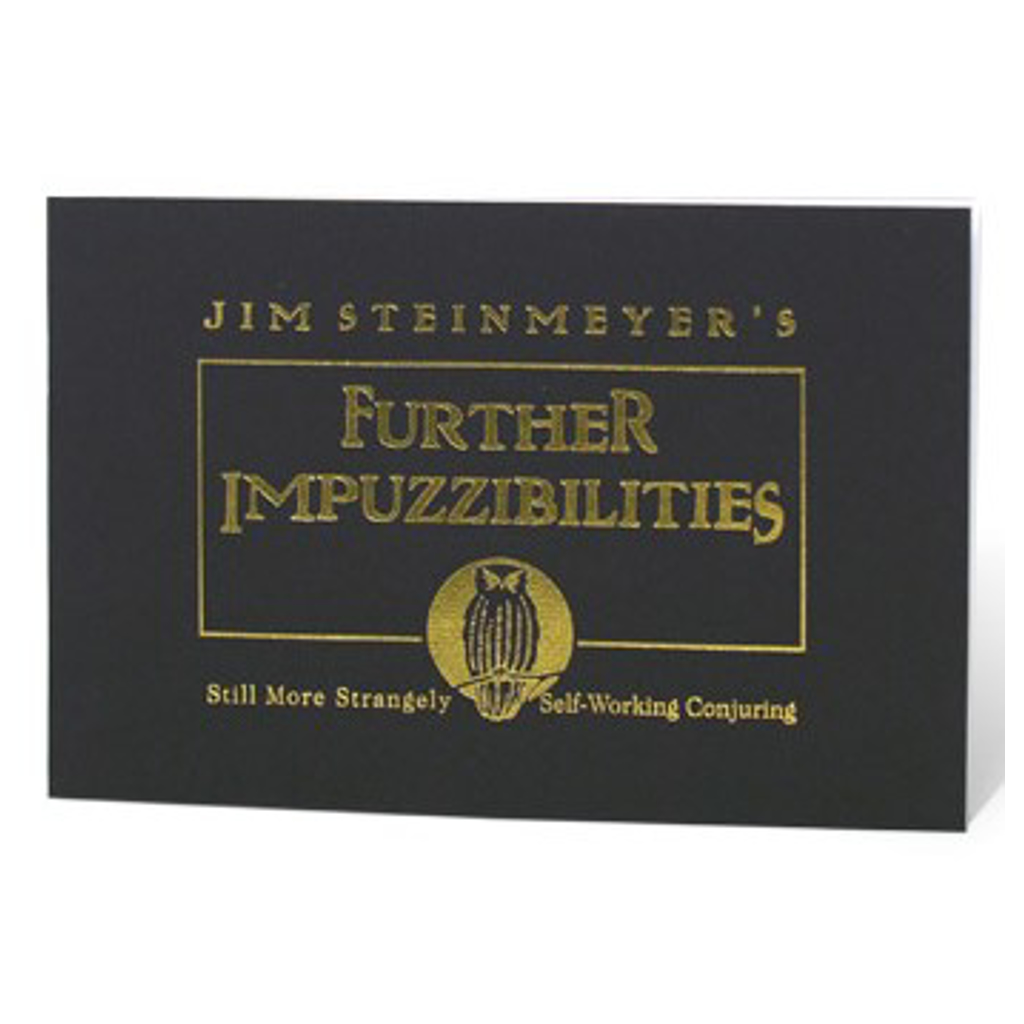 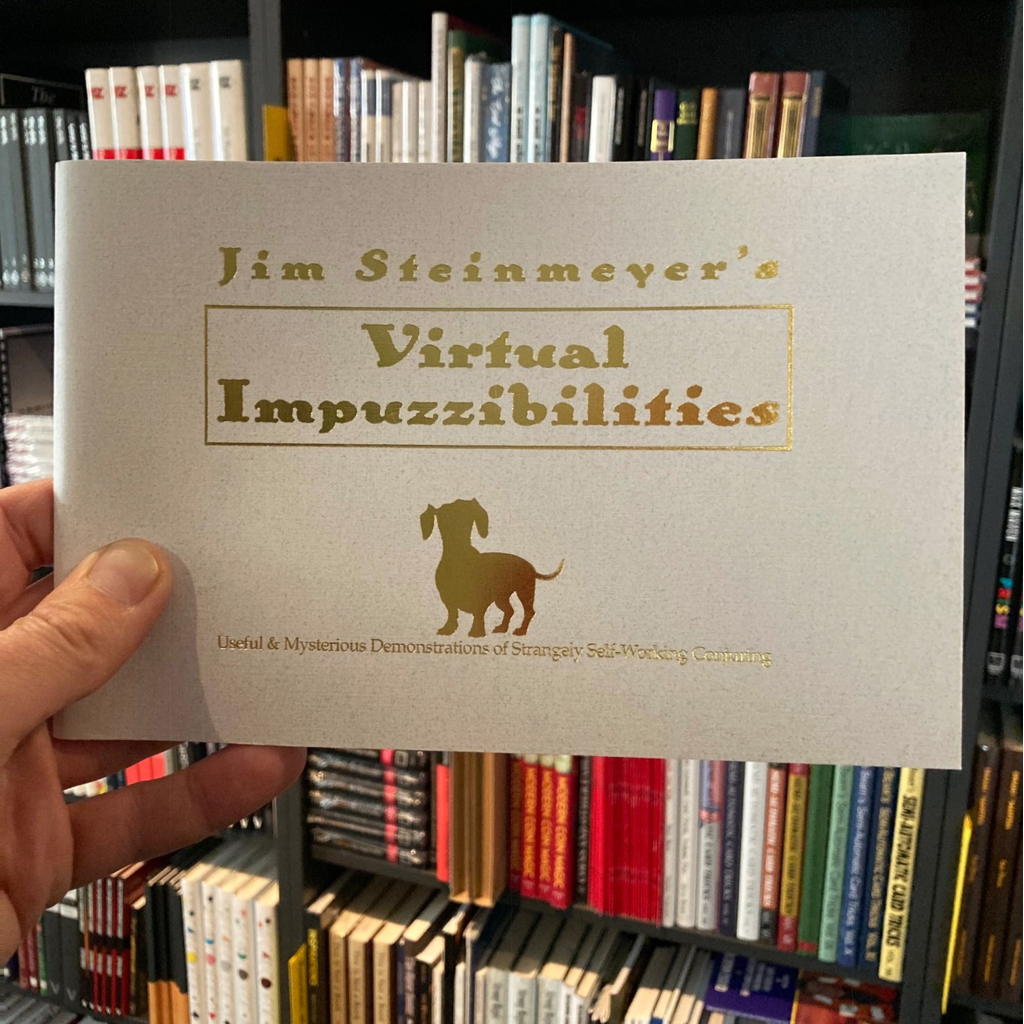 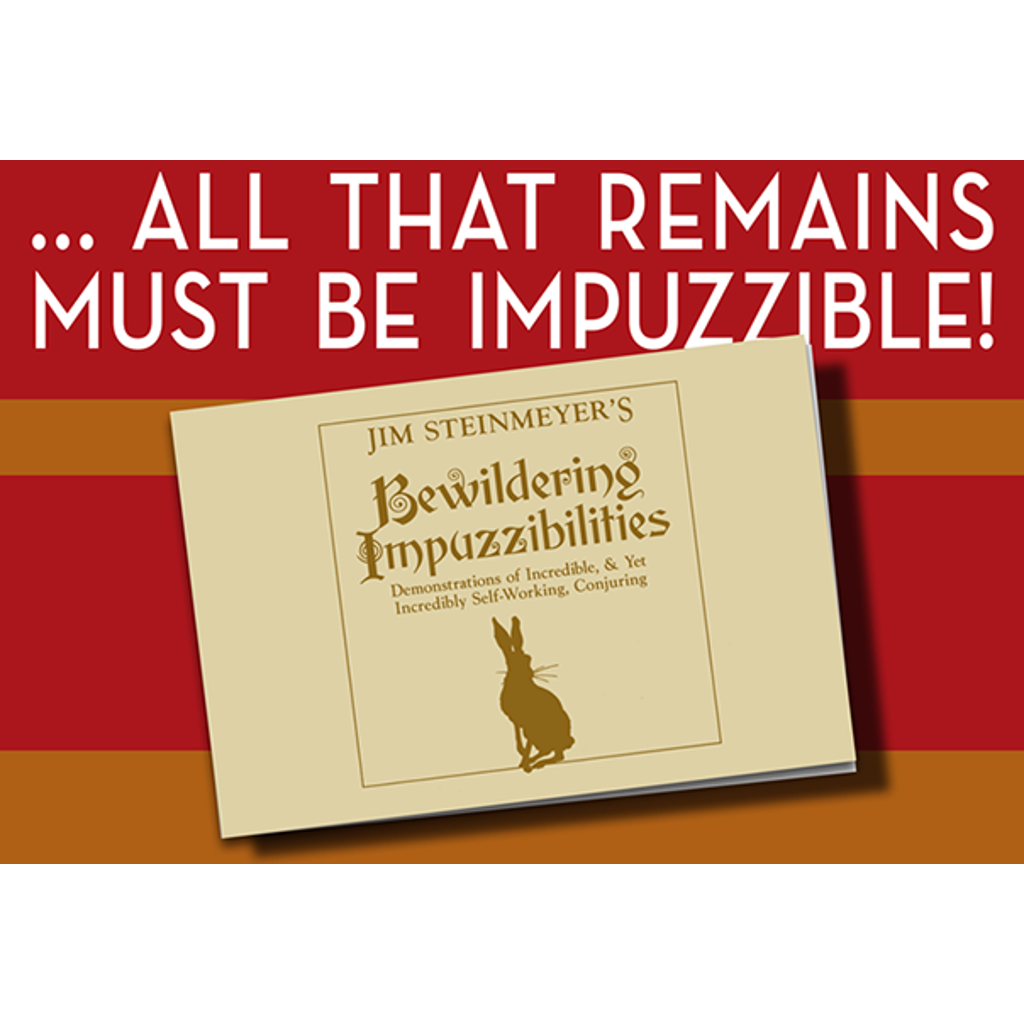 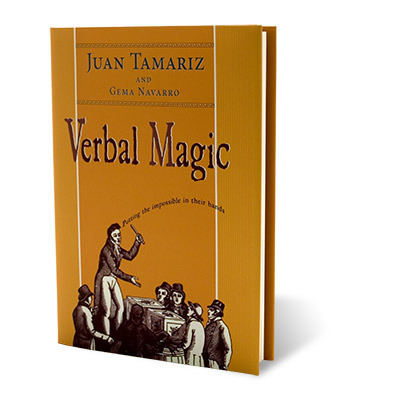 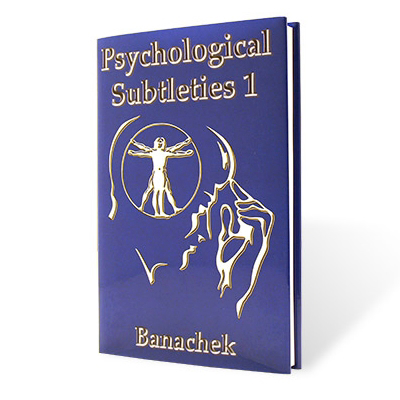 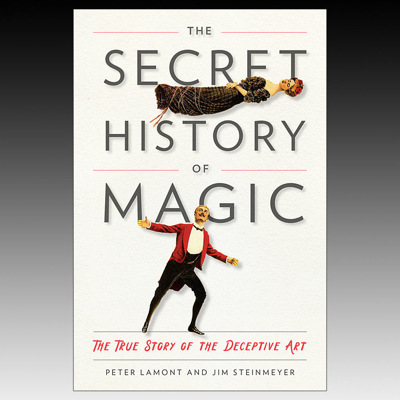 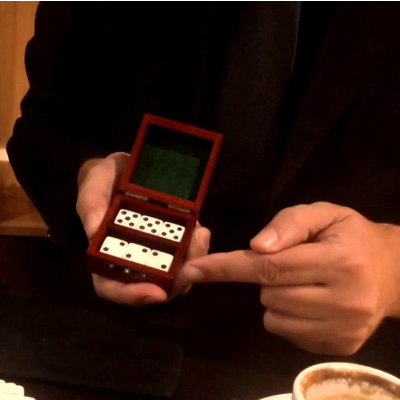 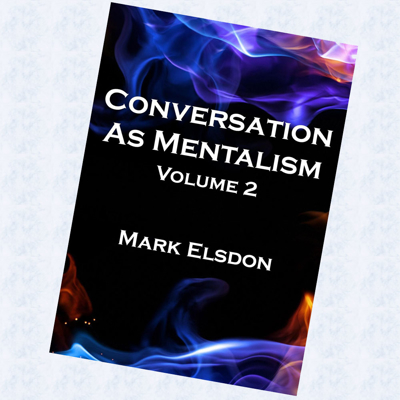 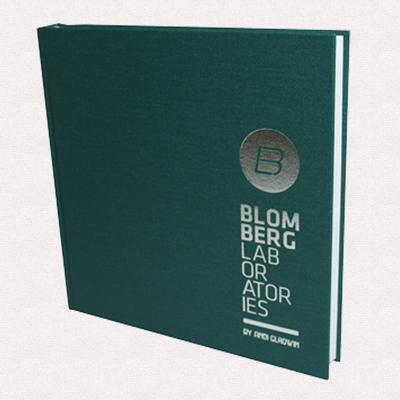 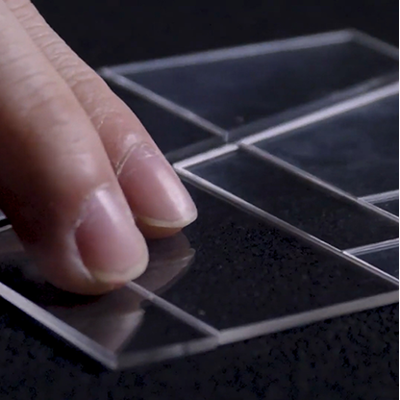