Trustpilot
The routine has a wonderfully simple and beautifully ridiculous premise: The performer challenges himself, to the delight and entertain the audience by escaping from... his own suitjacket!

From Bill Abbott:
"My reason for convincing Anthony Lindan to release his Incredible Suit Jacket Escape was a simple one. The routine has a wonderfully simple and beautifully ridiculous premise. The performer challenges himself, to the delight and entertainment of the audience, to escape from his very own suit jacket. And like all of the best classic commercial comedy routines, the REAL entertainment is derived from the journey. It's the adventure of the performer vs. suit jacket. For the working performer this routine has it all; it's visual, it's physical, it's hilarious, it has audience participation, it fills a stage and fits in a briefcase! It is with a great pleasure that I introduce you to Anthony Lindan and his Incredible Suit Jacket Escape!"

Routine Description
The performer explains that he would like to close his show with an homage to the incredible magician and escape artist Harry Houdini. One of Harry Houdini's amazing feats was to escape from a straight jacket. Now it was legendary that Houdini was in such peak physical shape that he was able to dislocate body parts and free himself from some of the toughest straight jackets ever manufactured. The performer admits that he is not exactly in the phenomenal physical condition Houdini was, so in honour of the great master, he will attempt to escape from his own suit jacket! As the audience laughter dies down, the performer explains that to make things more challenging, his hands will be cuffed together, making it nearly impossible for him to make his escape. Two volunteers are invited to the stage to inspect the handcuffs and locks, and proceed to lock the performers hands behind his back. A curtain that encircles the performer is raised by the two volunteers. It's at this point that the hilarious mayhem begins! The curtain is raised and lowered several times, each time revealing the performer (and his jacket) in more and more ludicrous physical positions. The jacket is half on half off, then it's on completely backwards, then it's almost off but the cuffs are snagged painfully between the performer's legs! Impossibly the jacket ends up hanging free from the performer's head and his hands are still cuffed behind his back! Suddenly he offers a free hand to shake the hand of the volunteer on his left and just a suddenly he offers his other to shake the volunteer's hand on his right, and the audience laughs their way into a huge round of applause!

The Incredible Suit Jacket Escape Package Includes:
Three Performances Shot in Full HD
Experience three performances of the escape for three different audiences in three very different types of venues. The first is at a convention stage show for 300 attendees. The second performance concludes Anthony's corporate keynote presentation for an audience of 35 adults. The third is a performance at a small theater for a family audience of 100 kids and adults. In each performance you will see how the Incredible Suit Jacket Escape plays to all age groups and can be performed in every conceivable environment.

History, Development & Influences
Anthony Lindan explains his obsession with the classic spirit cabinet and how he wanted to create a similar, yet comedic version, for his one-man show. The years of development and hard experience in front of live audiences it took to bring that concept to the streamlined routine you now have the priviledge of adding to your own show. 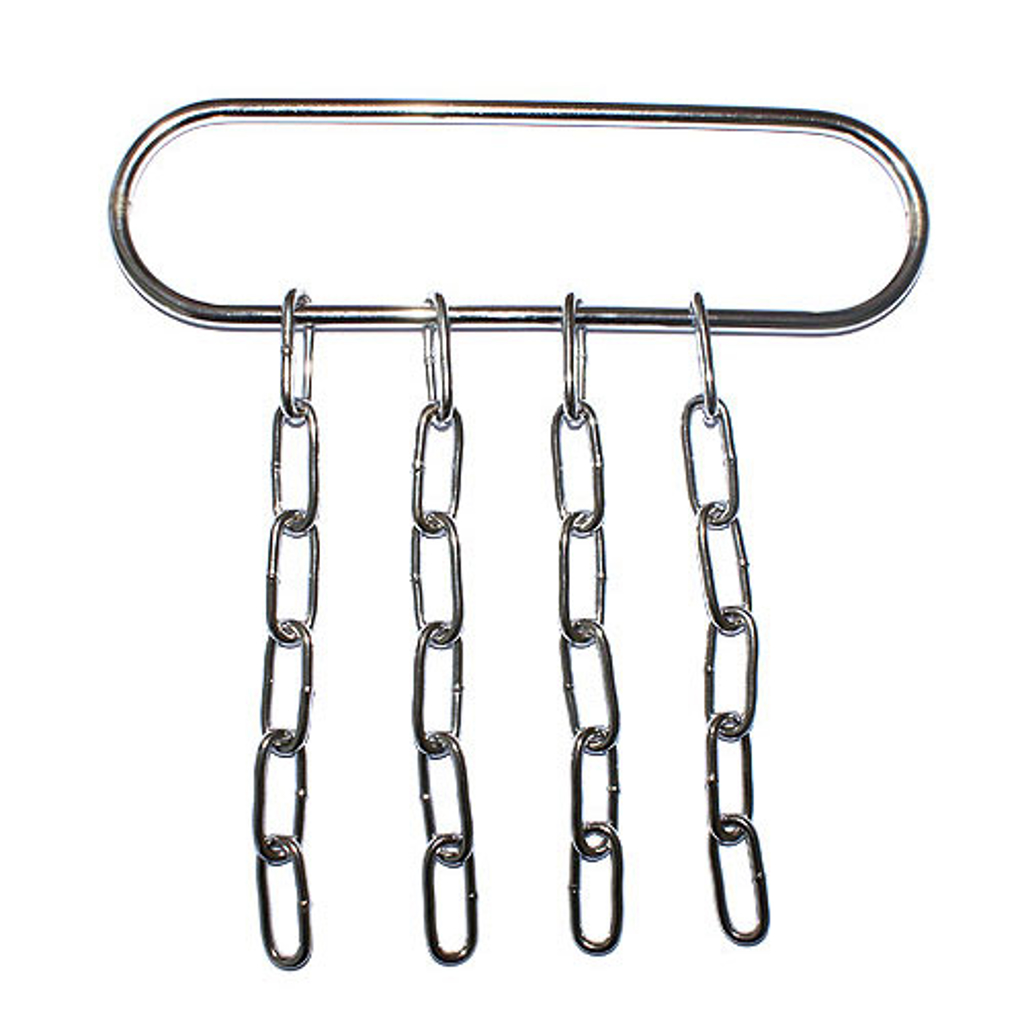 Imagine having a member from the audience chain you up; and within seconds you are able to escape! This is one of the easiest, fastest and most impressive of Handcuff releases ever to be released.
DKK 185,00 / STK
incl. VAT 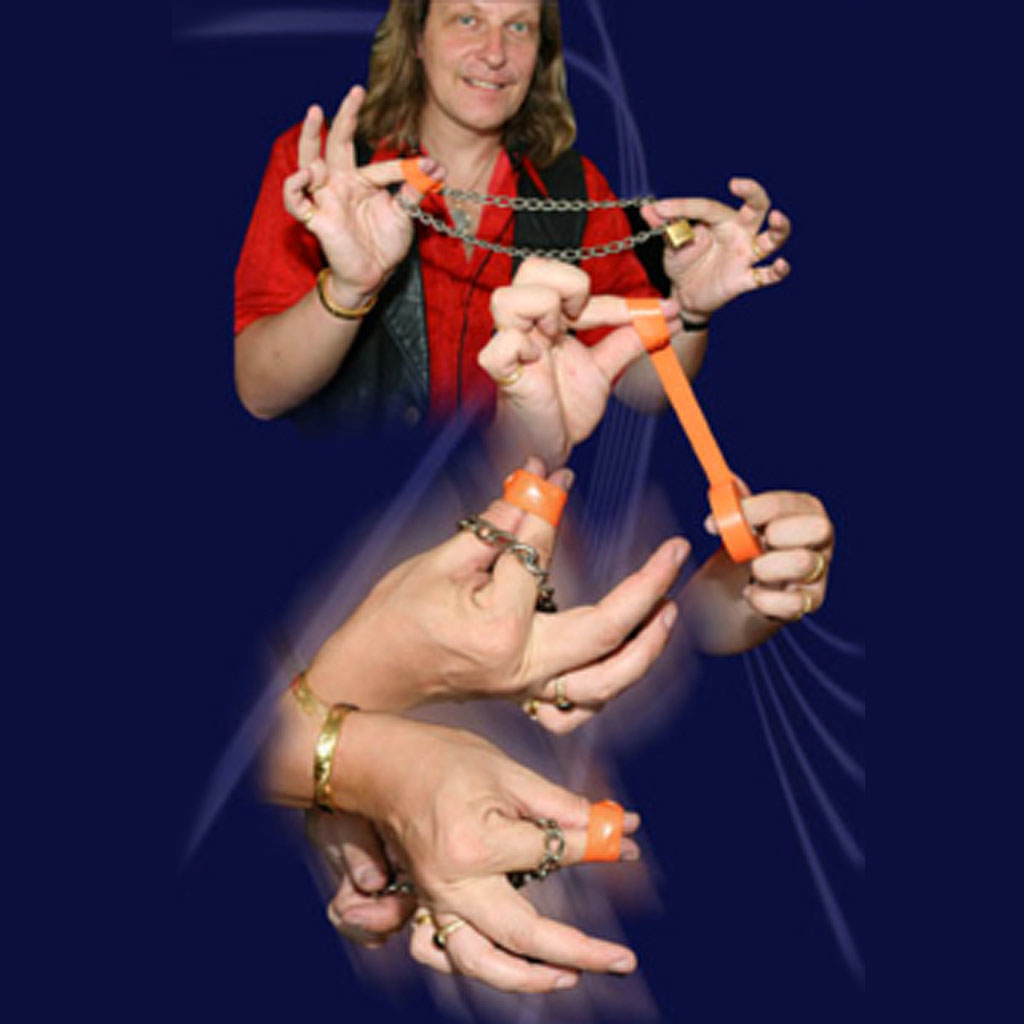 Finally back in our selection! Losander's original Thumb Tie Illusion using electrical tape is strong, entertaining and visual magic when is best. A chain penetrates your fingers although tied securely together.
DKK 585,00 / STK
incl. VAT